The story of the Modern English language is one of migration, invasion, absorption, colonial expansion and hybridisation. In the grand scheme of things it is still a young language. Although officially classed as a Germanic language it has drifted and morphed over the centuries to a point where it has very little mutual intelligibility with its neighbouring Germanic contemporaries. In its current form its lexicon is comprised largely from ‘borrowed’ vocabulary from diverse linguistic origins. Each word in the English language has a story. Each word has been on a ‘journey’ of sorts. These ‘journeys’ can be uncovered by studying a word’s etymology.

This book was created computationally using Processing and the Merriam-Webster Dictionary API. The program collects the etymological forms of each word from a provided text. The provided text in this case is: ‘New immigration system: what you need to know’, sourced from www.gov.uk. Each etymological form, such as Greek, Latin, Middle English etc. is represented by a different graphic. A key explaining the graphics is printed on the last page.

Firstly, each word is visualised by overlaying the graphics of each etymological form attributed to the word, one on top of the other. The more linguistic permutations a given word has historically occupied, on its journey to its current form in Modern English, the more dense the pattern. The following page is the corresponding text written in Latin characters. The text is run through the program a second time but this time reveals only the words that are left when everything but those of ‘purely British origin’ are left out, that is words that have no lineage other than Modern English, Middle English, Old English, and the languages indigenous to the British Isles.

The UK has begun the process of a major overhaul of its immigration policy in order to more strictly control who is able to enter and inhabit the British Isles. It is designed to reduce the flow of overseas nationals into the UK, the consequences of which will in turn reduce the freedom of movement for its own citizens outside of the UK. 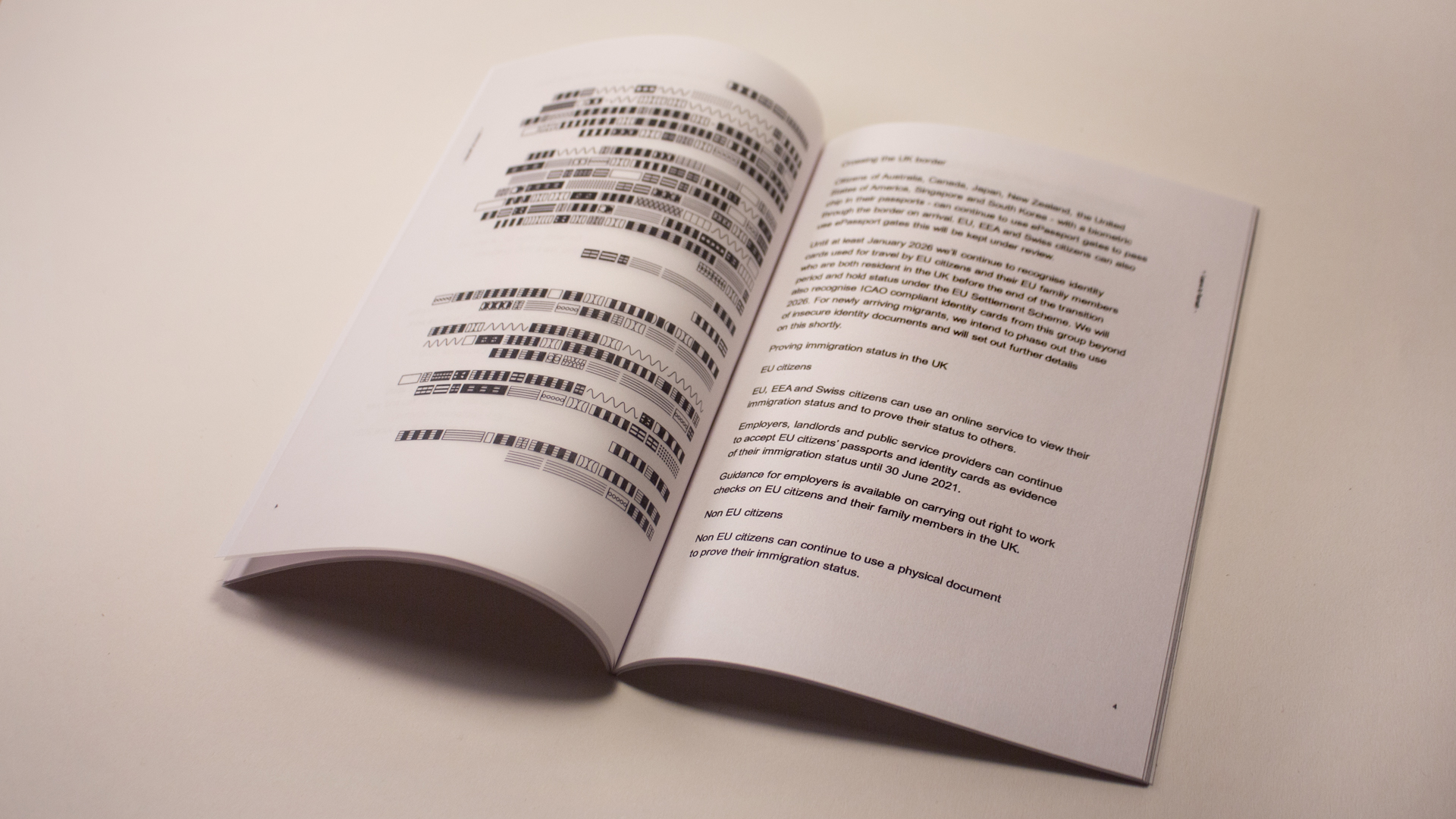